Qualify
Published: May 20 for Provostseo


Genetic Engineering (GE) is a highly complicated and advanced branch of science which involves a wide range of techniques used in changing the genetic material in the DNA code in a living organism. 'Genetic Engineering' means the deliberate modification of the characters of an organism by the manipulation of its genetic material. Genetic engineering comes under the broad heading of Biotechnology but it intersects frequently with many of the life sciences and is strongly linked with the study of information systems.
There is a great scope in this field as the demand for genetic engineers are growing in India as well as abroad.Genetic engineering aims to re-arrange the sequence of DNA in gene using artificial methods. The work of a genetic engineer involves extracting the DNA out of one organism, changing it using chemicals or radiation and subsequently putting it back into the same or a different organism. For eg: genes and segments of DNA from one species is taken and put into another species. .Examples of genetically engineered
(transgenic) organisms currently on the market include plants with resistance to some insects, plants that can tolerate herbicides, and crops with modified oil content.They also study how traits and characteristics are transmitted through the generations, and how genetic disorders are caused. Their research involves researching the causes and discovering potential cures if any. 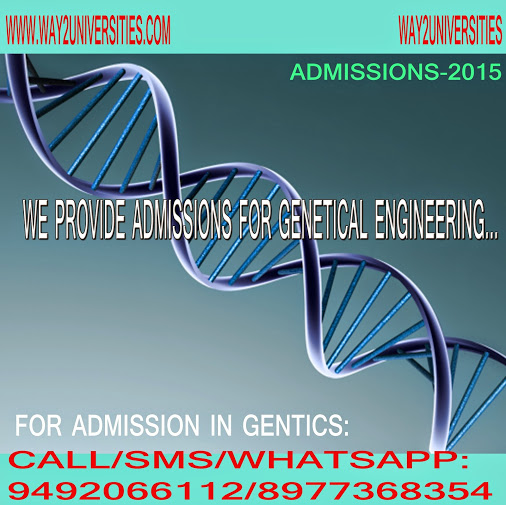 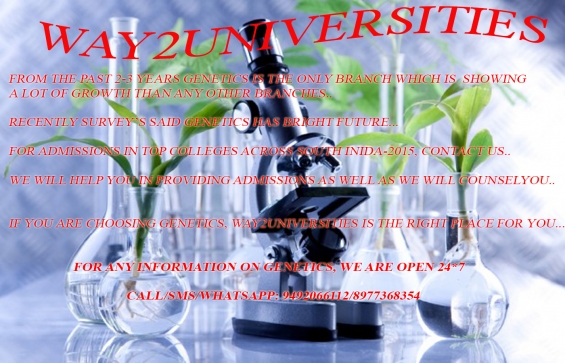